What’s your added value for the future of the organisation? 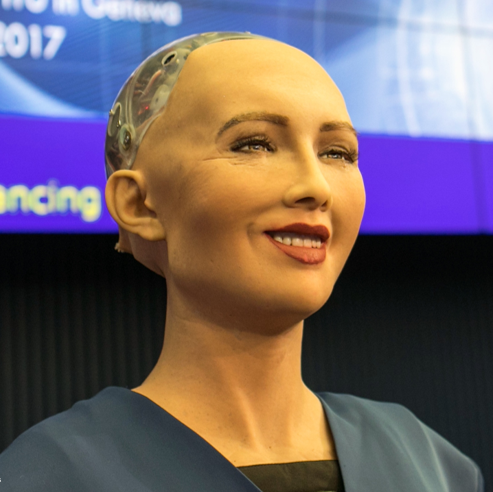 Technological developments are taking place at a faster rate than our current ways of organising and working allow us to keep pace with. So how can you make sure that later you’re not left out in the cold – both as an organisation and as an individual? Gerrit Vos gets confrontational.

Are you already familiar with Sophia the robot? If not, I suggest that you Google her. Not only does she look a lot better than Asimo (the robot developed by Honda in 2000), she can also talk, laugh, show emotion and even crack jokes! If you talk to Sophia you’re likely to forget that you’re communicating with a machine. And it’s not just Sophia, a complete industry has sprouted up in response to the trend for a personal approach (see Furhat, for example).

New directions charted by internet specialists about 10 years ago are now paying dividends. You need look no further than innovations such as self-driving cars and trucks, virtual assistants (Siri, Cortana, Google now), AI Managers, Chatbots and AI-writers (Chrystal, Quill). These are all examples of Artificial Intelligence (AI) that are already used in the real world.

Musk, Gates and cohorts question the ethical repercussions of AI, while all the while making extensive use of it. They also stimulate lively discussions, albeit discussions that produce few answers. But technology is unstoppable, like a runaway train it’s hurtling down the line, and at the moment there’s no station in sight where it can stop.

Fintechs are gleefully exploiting these developments. They were the first to embrace the possibilities offered by NoSQL technology and they now lead the field with AI. Intelligent chatbots, investing with algorithms and pattern recognition of large data volumes are just a few examples of how. It’s almost comical to see how the new generation of Fintechs write off start-ups of just a few years ago as the “previous generation”. Yes, times certainly change quickly.

Banks and insurance companies can respond in two ways:

Neither of these approaches will have a significant impact on current operations. And that’s the problem right there, in a nutshell. Few financial service providers incorporate new developments in their operations. Unlike the Googles, Amazons, Facebooks and Microsofts of this world, all of which have change ingrained into their DNA and never stop anticipating what they will need tomorrow. Being an expert today doesn’t mean that you’ll still be one tomorrow. If you don’t adapt your expertise and skills accordingly, you could find yourself out on a limb.

Not long ago, I spoke to Professor Cees Min, who illustrated this with a good example. Apparently, several Dutch steel construction companies recently faced a severe shortage of certified welders. They started up all kinds of initiatives to train people, recruit them from abroad, etc., but the results were disappointing. Eventually they hit on a completely unexpected solution. They collectively bought a number of robots and 3D printers. Problem solved, and quickly too. Unfortunately, they forgot that they’d need a completely different calibre of employee to operate these machines. What these companies learned from all this is that it’s vital to focus on tomorrow and ensure that your existing workforce is also ready for it.

Perhaps the setting up of a lab is the only viable option that’s open for large organisations to investigate new technologies or launch initiatives, without being hampered by bureaucracy. But new technology has to be embedded into the organisation, otherwise the course that’s charted will lead only to a dead-end, and surely that can never be the intention? This is why it’s so important to include employees in a change process. Given that it’s all about new technology, a company will do well to confront its employees and ask them: what’s your added value for the future of the organisation?