How can you ensure that agile working really does deliver? 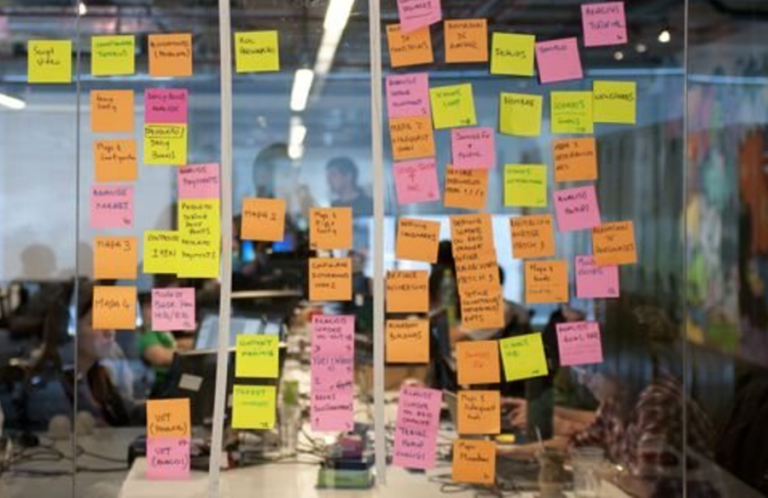 Agile is the future, which is something everyone seems to agree on. But reconciling the future and the real world can be more difficult than it seems. Why are so many organisations struggling with this and how can we get the most out of it? Gerrit Vos delves deeper.

Scrum, Kanban, SoS, SAFe … these constitute but a small sample from a burgeoning number of new development methodologies. Today, every organisation is confronted with them in one way or another, and this is certainly the case in the financial sector. Bar a few minor differences, they all promise the same thing: working flexibly to become nimbler and more effective. If you work agilely it will make you quicker to respond to changes, you can continuously adapt your plan and you won’t be overtaken by circumstances. It’s based on trust in each other’s roles and responsibilities. That’s the idea. Waterfall methods such as ISAC, SDM (the leader for many years) and Yourdon are now passé.

I too believe that agile methodologies are a better fit with current technology. Today, there are librariesfull of tools that can quickly and easily lead to good results. And during the implementation of a project new tools also come to the fore. This continuous stream of innovations is difficult to reconcile with the more rigid approach of a waterfall methodology, but it is a great fit with the agile way of working.

So why is it that so many organisations are still struggling with agile working? Developers lay the blame squarely at the door of “the organisation”, saying they don’t understand it, they are inflexible and they don’t know what they want. But those organisations see things differently. They perceive themselves as suddenly confronted by “nerds”, who have to be spoken to in IT language, and expect you to be able to predict the future. And know everything about the company strategy. The management and steering committee members are completely baffled by it all. Surely it’s not rocket science? You just make a plan, apply for a budget and then implement it all? Isn’t that what they do in big construction projects? Indeed they do, but did you really think that the CEO of Mercedes-Benz is personally involved in the development of every new model?

Nevertheless, this is something we need to address because developments in the area of IT keep moving forward. It won’t be that long before robots or artificial intelligence systems assume some of the responsibilities of IT employees (or at the very least make them a lot easier). This will probably sound like music to the ears of the management, but more about that another time. What will organisations have to do to get more out of agile working? I reckon the first step is to acknowledge that agile working is still just a big experiment. Nobody knows exactly how to do it, just like nobody can say with certainty what the outcome will be. Take organisations like Google, Amazon, Microsoft and Facebook, for example. Who would have predicted 10 years ago that they would become more powerful than governments?

Furthermore, rather than preaching that agile working is the pinnacle of efficiency, we need to establish objectively just what it is that’s going on. For example, do the scrum masters, product owners, and developers really understand what the methodology entails? Or are they giving us their own interpretation? Are coaches effectively flagging up and solving problems, or do existing political issues still play a role? How do teams communicate? And how does a steering group manage or administrate the projects? Or are they still using a waterfall approach?

By storing detailed data about the results of agile working and then analysing and sharing it, we can improve the system. Or maybe we could even develop something new that works even better. Very agile!