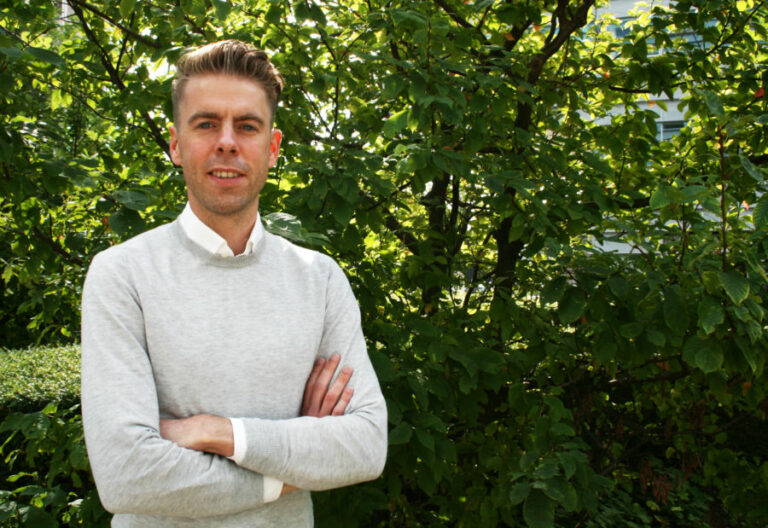 In 2015 Teus Klarenbeek, Managing Consultant at ITDS, started a project in which customers’ data had to be migrated to a new bank following the closure of another. With the situation being so different than usual, he decide to adopt a different approach. “Research doesn’t always have to be done in advance. If you stay at the top of your game, research is a continuous process.”

It was a job-and-a-half: migrating 10,000 customers, each with multiple loans and often for several objects. In collaboration with the migration partner all this data had to be thoroughly analysed and tested, then relocated in such a way that the client hardly noticed. You’d think it advisable to start by taking some time to think about the best way of tackling and organising such a big project. Right? “Well, think again,” muses Teus. “When we arrived we discovered that time was a luxury we didn’t have. They needed results, and fast. We had to get stuck in, immediately.”

Teus decided to adopt a different approach. Instead of an extensive project plan, he opted to use Scrum, a method with which ITDS has plenty of experience in other fields, but rarely used with data migrations. “There simply wasn’t time for extensive preliminary research. And there were also many uncertainties that in themselves ruled out the creation of a project plan. This is exactly what made Scrum so ideal. We collated approximately 80 requirements, which we prioritised in a list, called the backlog. We continuously dealt with the most important ones in sprints of two weeks, meaning we could book concrete results every two weeks.

In this way the team was able to carry out continuous research. As it turned out, not all the requirements on the list were as important, and new ones were being added all the time. “Working in short sprints meant constantly asking: is this something we need to do now, and which decisions is it best to take right now? Consequently, we were able to attain excellent results within the prescribed 12-month period.”

Another challenge was the most intelligent use of the available time, explains Teus. “With the project being so variable, it was difficult to estimate how long things would take. So we decided to work 12 hours on each research question, no more no less. We allocated two outcomes to each research question and formulated follow-up questions, which were included on the backlog. This made digression less likely. Each time we’d deliver a one-pager, complete with the question, our outcomes and our advice. The customer knew exactly what he was getting and for us it all stayed very manageable.”

So what kind of people do you need for a project like that: data specialists, Scrum specialists or multi-talented people? “Data analysis is a discipline in its own right, as is project management. Some people can do both, but because I think it’s important that everyone does what he or she does best, I put together a multidisciplinary team. We worked in tandems, with data specialists and someone to write it all down and make the necessary adjustments. That way you learn from one another and keep each other sharp. We started working with a team of four, rising to about 10 during the peak. And lots of fun it was too.”

But how do you keep track all that data, in Excel sheets? “At first, yes. But comparisons have to be made, which is why we developed a tool based on Microsoft Access that allowed us to make comparisons at any time and check whether everything was going according to plan. Above all, old analyses provide answers to new questions and make it is easier to report on your progress. Setting the tool up costs the necessary time, but you earn this back, with interest, in the long run. If there’s ever a next time I’ll make sure that such a tool is available at the outset. At first you think an Excel file will be fine, but this is altogether more effective.”

THE MEANS IS NOT THE END

In the meantime, the data of 80 per cent of the customers has already been migrated and the remaining 20 per cent will follow during the coming months. And how does Teus now look back at the project? “With great satisfaction. The situation in which we found ourselves led to us adopting the Scrum approach, with one-pagers, multidisciplinary teams and a tool. This worked so well I’d happily use it for other projects too. Granted, large projects like this can be quite nerve-wracking, but the client was confident in the approach we jointly developed and we’re very satisfied with the result.”

Teus feels that agile migrating is the future. “It gives you control in every situation and it’s always possible to show where you are. However, it’s important that you see something like this as a means, rather than an end in itself. But that’s true of any tooling. The bottom line for your client is not that you get to Scrum or to develop a tool; the client wants something done. And at ITDS we realise that.”

Teus Klarenbeek is Managing Consultant at ITDS and has 10 years experience with banks and insurers. Always on the lookout for creative ideas, he’s an enthusiastic proponent of Digital Transformation and Design Thinking.